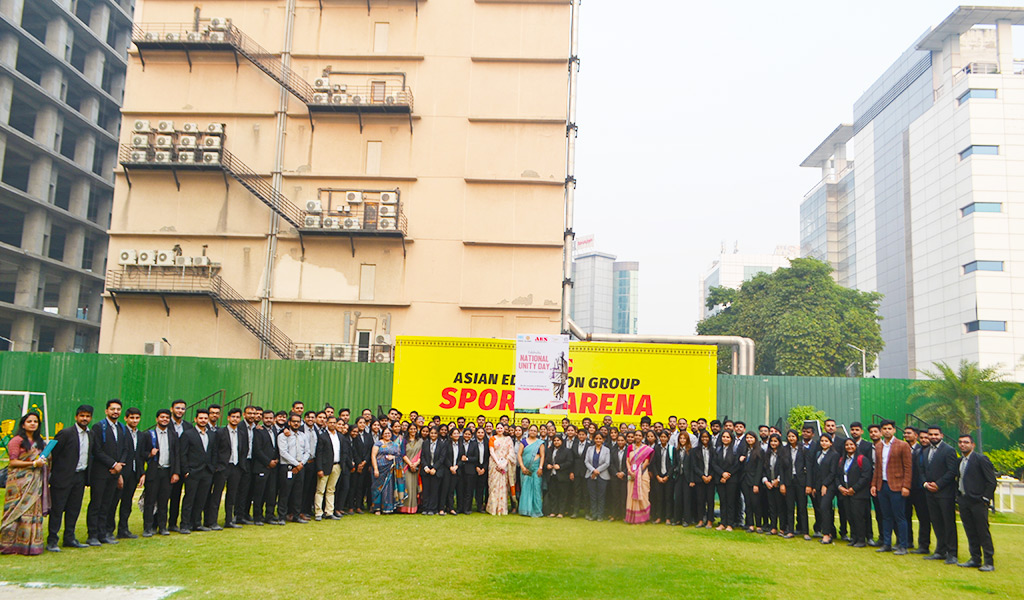 On October 31, 2022, Asian Business School held a celebration in honour of National Unity Day. The anniversary of Iron Man Sardar Vallabhbhai Patel’s birth is commemorated on this day. In 2014 the Indian government first declared this day as the day of celebrating National Unity Day. Patel played a significant part in India’s political unification and is honoured for his contributions.

All of the students congregated in the sports field, where they were given the instruction to form a human chain. In addition to that, they swore to the following oath:

I SOLEMNLY PLEDGE THAT I DEDICATE MYSELF TO PRESERVE THE UNITY, INTEGRITY AND SECURITY OF THE NATION AND ALSO STRIVE HARD TO SPREAD THIS MESSAGE AMONG MY FELLOW COUNTRYMEN. I TAKE THIS PLEDGE IN THE SPIRIT OF UNIFICATION OF MY COUNTRY WHICH WAS MADE POSSIBLE BY THE VISION AND ACTIONS OF LATE SARDAR VALLABHBHAI PATEL. I ALSO SOLEMNLY RESOLVE TO MAKE MY OWN CONTRIOBUTION TO ENSURE INTERNAL SECURITY OF MY COUNTRY

The Dean of Asian Business School highlighted the importance of the day. The students read the sacred scriptures of different religions based on the unity and integrity of our nation. A hymn was also sung.  All the students and teachers took the oath of Unity in Diversity on this occasion. A sense of pride and togetherness could be seen in the students and the staff who were a part of this event.

The programme was concluded by the singing of the National Anthem.