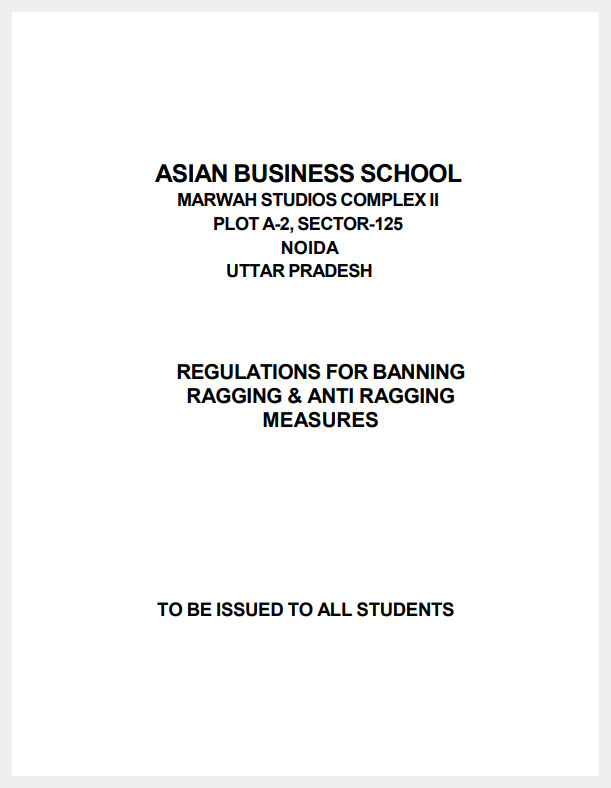 We are happy to inform all the students and Parents that we do not have any ragging issues in the campus because of our strict Anti-Ragging Policy.

To root out ragging in all its forms from the Institute by instituting stringent anti-ragging measures and provisions for strict punishments to defaulters.

Ragging is a cognizable offence (offence for which the police can arrest the offender without warrant).

As per the Supreme Court directive, the primary responsibility of preventing ragging rests with the educational institution itself, by sensitizing the students and parents on the highly immoral side of it, cautioning the students that indulging in ragging can dash all their career goals, and by taking stern action against the offenders.

Thus, our motto is: Zero Tolerance to Ragging! A firm NO to ragging in any form!!

We have put in place a structured mechanism to monitor ragging related issues and mete out the most stringent punishment to the wrong-doers. Most areas of our academic block are under constant camera surveillance; we have Anti-Ragging Squads in the Institute, and an Institute-level Anti-Ragging Committee to oversee and enforce the anti-ragging regulations in letter and spirit.