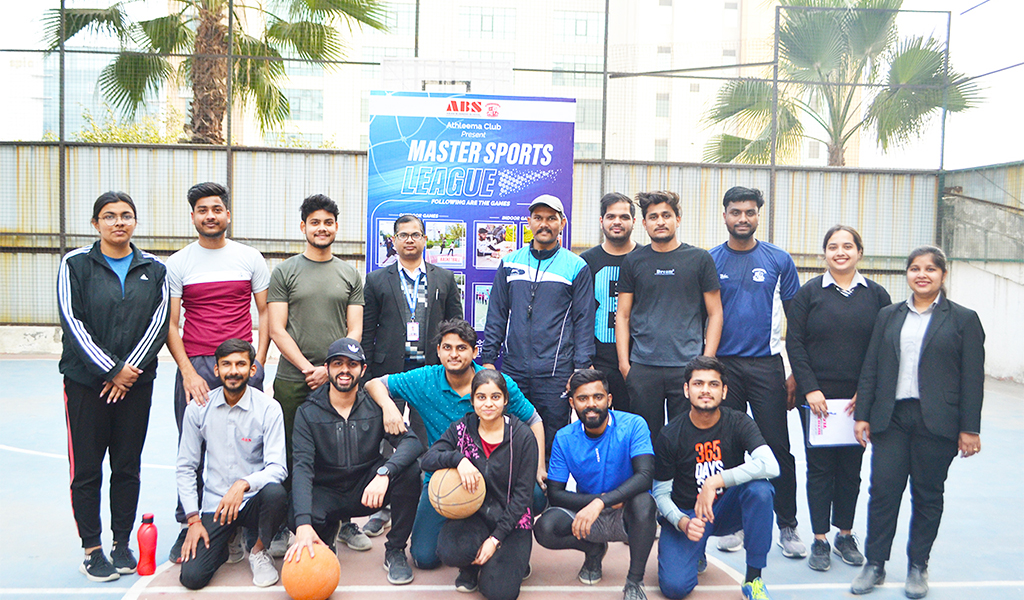 The Athleema Club of Asian Business School conducted an event “Master Sports League” on Saturday, 21.01.2023. The objective of the event was to engage the students in competitive activities, while promoting sound health and physical fitness. Physical activities are a common form of recreation and a source of well-being and it works as a key for improving physical fitness as well as mental health.

The variety of sports which were organized in the event were Shot Put, 50 m Dash, Kabaddi, Basket Ball, Badminton, Volleyball, Chess, Carrom and Tug of War. In the event a total of 126 students nominated in the different sports. The knock rounds for the event started on Friday i.e. 20th January 2023 only. Students participated in each event with full enthusiasm and the faces of winners of each game were full of energy. Initially four games Badminton, Chess, Carrom and Shot put were conducted and girls and boys have shown full energy and enthusiasm in each game.

The students were very excited for shot put and showed a fair participation and game spirit. At the end of event the last game was Tug of War in which there were different teams for boys and girls. It was a great event. Winners of each game were announced and congratulated.

The event was organized by Mr Sumit Rastogi (Faculty Coordinator) and Mr Gurpal Singh (Sports Instructor) with the support of student coordinators.