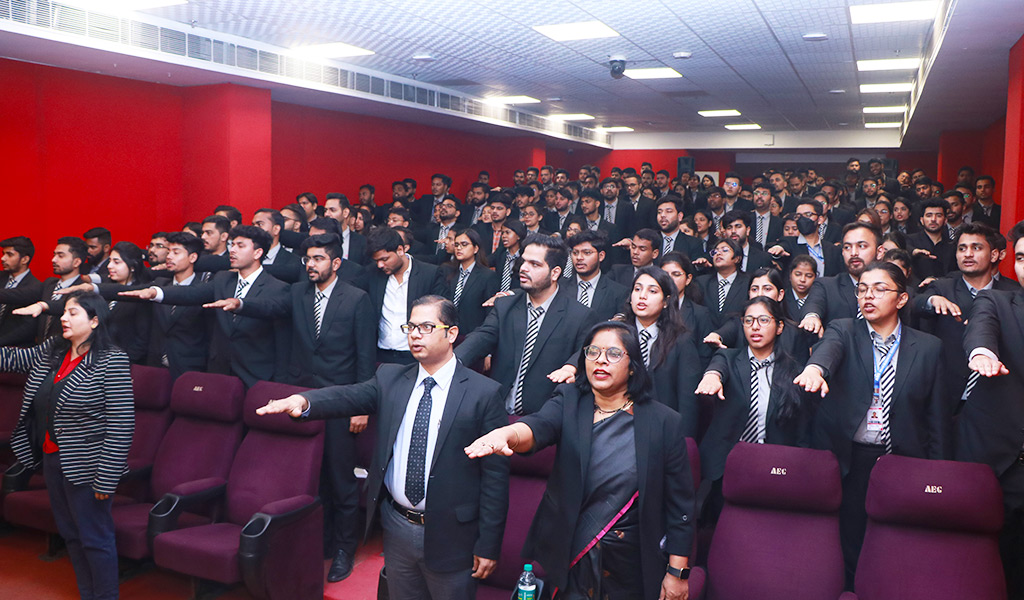 The Ministry of Social Justice and Empowerment on 19th November 2015 notified the decision of Government of India to celebrate the 26th day of November every year as ‘Constitution Day’ to promote Constitution values among citizens.

Being a part of this country India Asian Business School celebrated Constitution Day on 26th November 2022. The students took the following pledge

WE, THE PEOPLE OF INDIA,
having solemnly resolved to constitute India
into a SOVEREIGN SOCIALIST SECULAR DEMOCRATIC
REPUBLIC and to secure to all its citizens:
JUSTICE, social, economic and political;
LIBERTY of thought, expression, belief, faith and worship;
EQUALITY of status and of opportunity;
and to promote among them all
FRATERNITY assuring the dignity of the individual and
the unity and integrity of the Nation;
IN OUR CONSTITUENT ASSEMBLY this 26th day of
November, 1949, do HEREBY ADOPT, ENACT AND GIVE
TO OURSELVES THIS CONSTITUTION