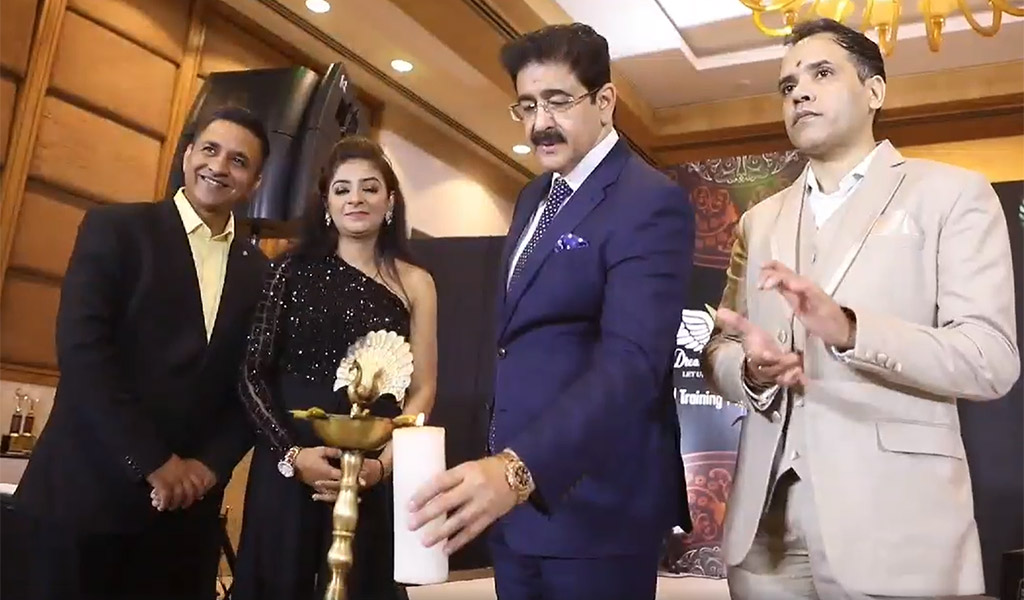 Chief Scout for India Dr. Sandeep Marwah, who is also the honorable Chancellor of the AAFT University was honored for his international leadership qualities in a grand function at Hotel Radisson by Dream Catcher Organization. He received the much coveted India Leadership Award 2019.

“Sandeep Marwah has been nominated by Scouts/Guides Organization as Chief Scout for India over and above 5 million Members. He has been instrumental in attracting 1.5 Million people to Noida Film City under Film Tourism as founder of Noida Film City, He has trained more than 20,000 media professions from 145 countries of the World and now Chairing 100 organizations. We are honored to have Dr. Marwah as our chief Guest to present awards to the leaders from all over India,” said Bharat Ghai President of the association.

“We hereby honor Dr. Sandeep Marwah with the highest award of International Leadership Brilliance Award today and request him to be the patron of the Organization,” added Bharat Ghai.

“I am thankful for the honor, respect and love you all have extended to me which I will remember for all time to come,” thanked Sandeep Marwah. Later Dr. Marwah handed over the awards to some prominent people of the country for their management skills in different fields.

On the occasion Dream Catcher Organization shared a beautiful video with a magnificent caption:

“Leaders are made; they are not born. They are made by hard effort, which is the price which all of us must pay to achieve any goal that is worthwhile”

Here are the leaders at India Leadership Brilliance Awards 2019! 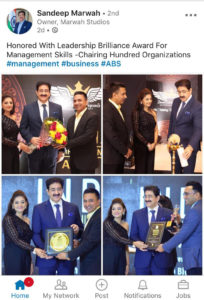