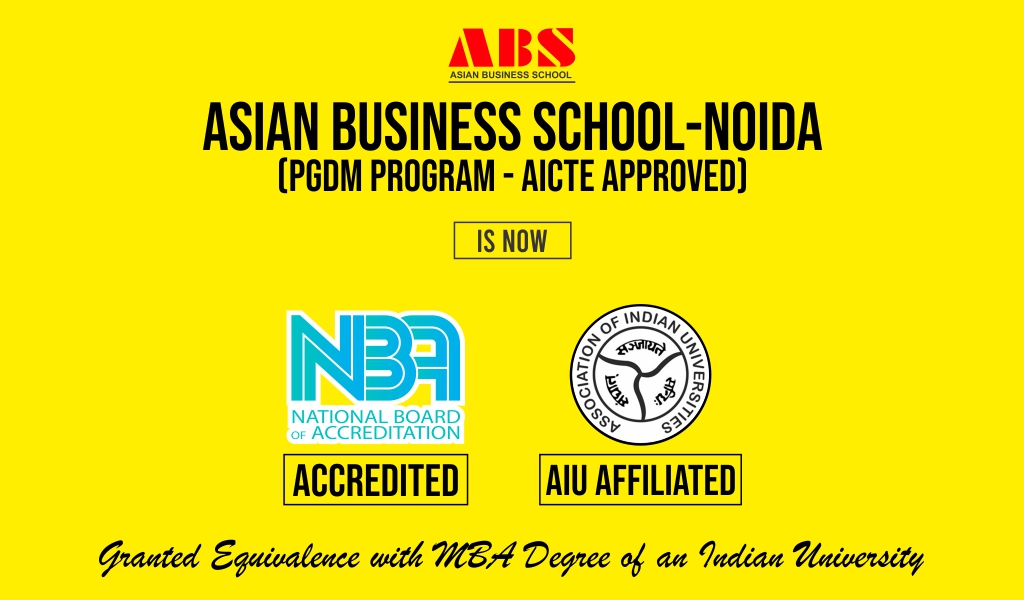 Asian Business School (ABS) is extremely happy to share that the institute has added yet another achievement to its credentials with its flagship PGDM programme now being granted the equivalent status of MBA Degree by the esteemed national organization, Association of Indian Universities (AIU)! This recognition now also makes us one of the very few privileged colleges across India whose PGDM programme has this most esteemed AIU certification.

A few of the major highlights of this AIU affiliation for Asian Business School are:

It goes without saying that this acquisition of the coveted AIU affiliation by Asian Business School for our flagship PGDM programme has further bolstered our growing stature as one of India’s top PGDM institutes for management studies!