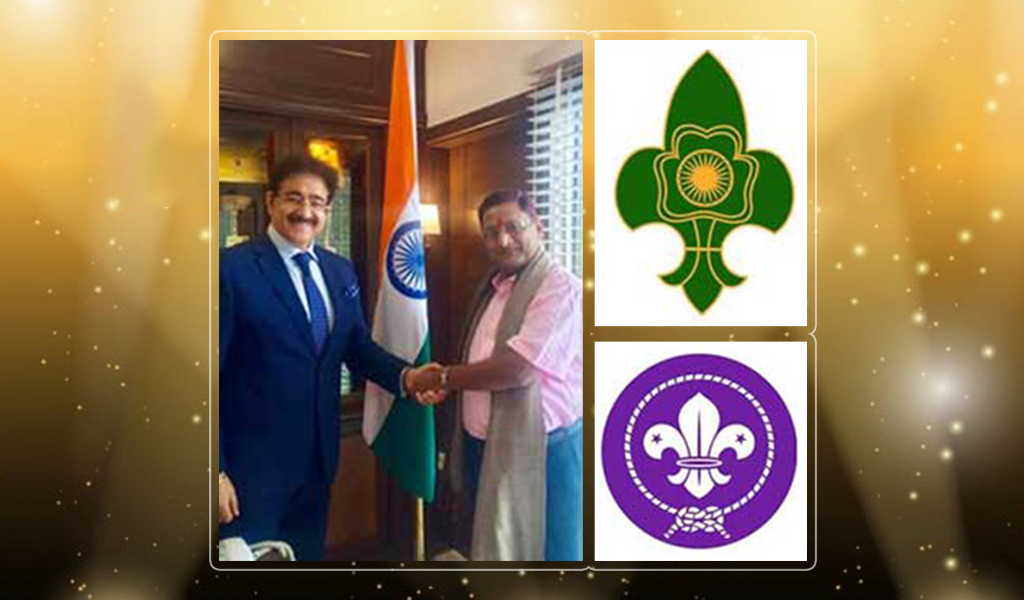 It was one big proud moment for Asian Education Group when our Group President, Dr. Sandeep Marwah got nominated as the “Chief Scout of India” as announced by Chief National Commissioner of Scout of India, Mr. Raj K.P.Sinha to the press recently!

Himself a renowned international media personality – being on the National Jury of various films and having represented India on film jury at Budapest Film Festival (Hungary), Mons Film Festival (Belgium), International Cairo Film Festival (Egypt), Gdansk Film Festival (Poland) and many others – Dr. Sandeep Marwah heads the Asian Education Group which is known as the largest centre for professional media, IT, law, management, fashion & hospitality education with world-class facilities.

As stated by Mr. Raj K.P.Sinha who handed over the Memento to Dr. Sandeep Marwah Chancellor of AAFT University, “Scout of India has 13 lakhs volunteers in this section supervised by the Ministry of Youth Affairs & Sports, Government of India and H.E. Shri Ramnath Kovind President of India is the Patron In Chief of the organization.”

The Scouts/Guides Organization (SGO) is a non-political, non-sectarian and secular organization. The aim of this organization is to devote its volunteers to character building of Youth in India and abroad and promoting in them the feeling of selfless service to their country and humanity.

Dr. Sandeep Marwah has been dealing with youth and is in social activities for many years and has been heading several social organizations. Dr. Marwah has been earlier titled as “Global Cultural Minister”, “Global Green Ambassador”, “World Education Leader”, “Man of Asia”, besides being the recipient of hundreds of awards from all over the world for his six international records in media.